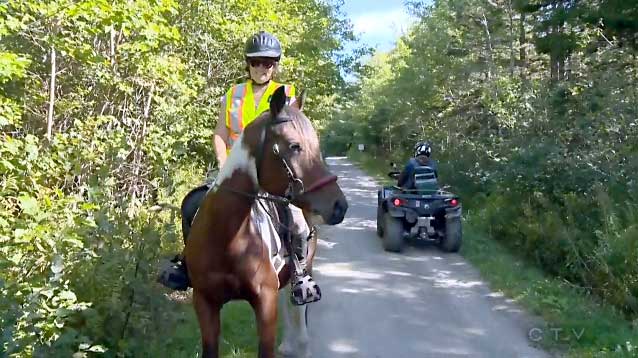 Not in Favor of Recently Voted Use of Trails by HRTA

– A letter to the editor of the Masthead News.

Earlier this year a majority of the Halifax Regional Trails Association (HRTA) member groups voted in favour of a motion promoting the concept of human-powered transportation only on all Halifax trails (cyclists and pedestrians).

These user groups have been members of our association since its incorporation more than 20 years ago.

They have all served on the SMBARTA Board and have participated in the maintenance of our trail.

The SMBARTA Board had no opportunity to discuss the HRTA motion with our community prior to the vote.

In the absence of clear direction from the community, our SMBARTA representative abstained from voting on the human-powered transportation motion.

The SMBARTA Board feels that any decision to ban a founding user group from a public trail is not within the mandate of a community association.

Such a decision should be made only after a detailed and comprehensive process involving discussion and participation with all user groups, stakeholders, and interested community members.

This process is beyond the scope of a small community group.

This letter was published in the Masthead News – Volume 31 Number 12 December 2019.